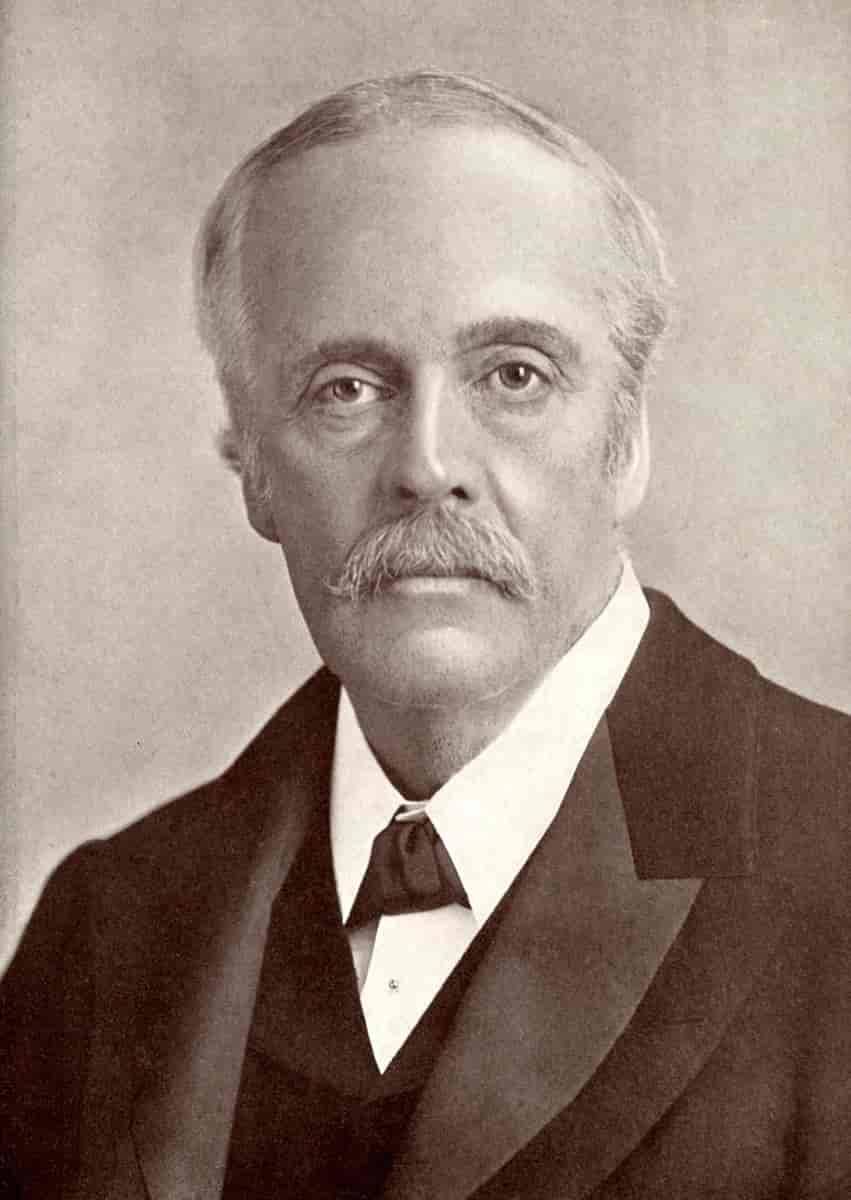 World War I ended the 400 years of Ottoman rule over Palestine. Desperate to keep Russia in the war and counter a possible German move, the British government issued the Balfour Declaration. The document recognizes the right of Jews to establish a “National Home” in Palestine. The Palestinians, who represented the majority of the population at the time, are mentioned only as “non-Jewish communities in Palestine.” This British colonial erasure opens the way to Zionist colonization of Palestine with – sometimes hesitant – support of the greatest power at the time. 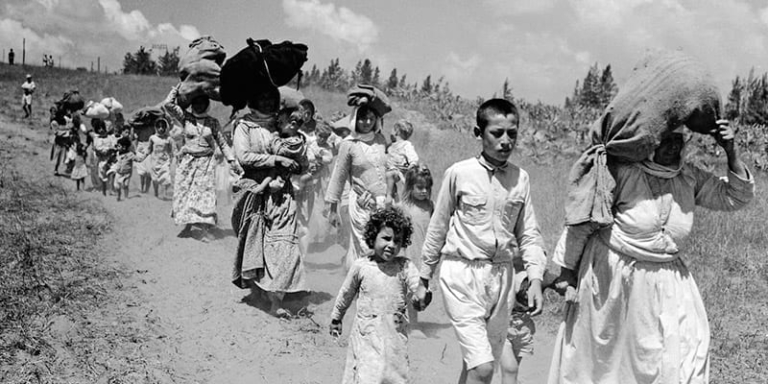 In the wake of the UN Partition of Palestine, the two national communities in Palestine go to war. The Jewish side prevails, affecting the ethnic cleansing of Arab Palestine. By the end of the war, half of the Palestinian people are expelled from their homeland. Historic Palestine is divided up under Israeli, Jordanian and Egyptian control. On May 15th the state of Israel is declared and manages to repel the attacks of the armies of the Arab States. 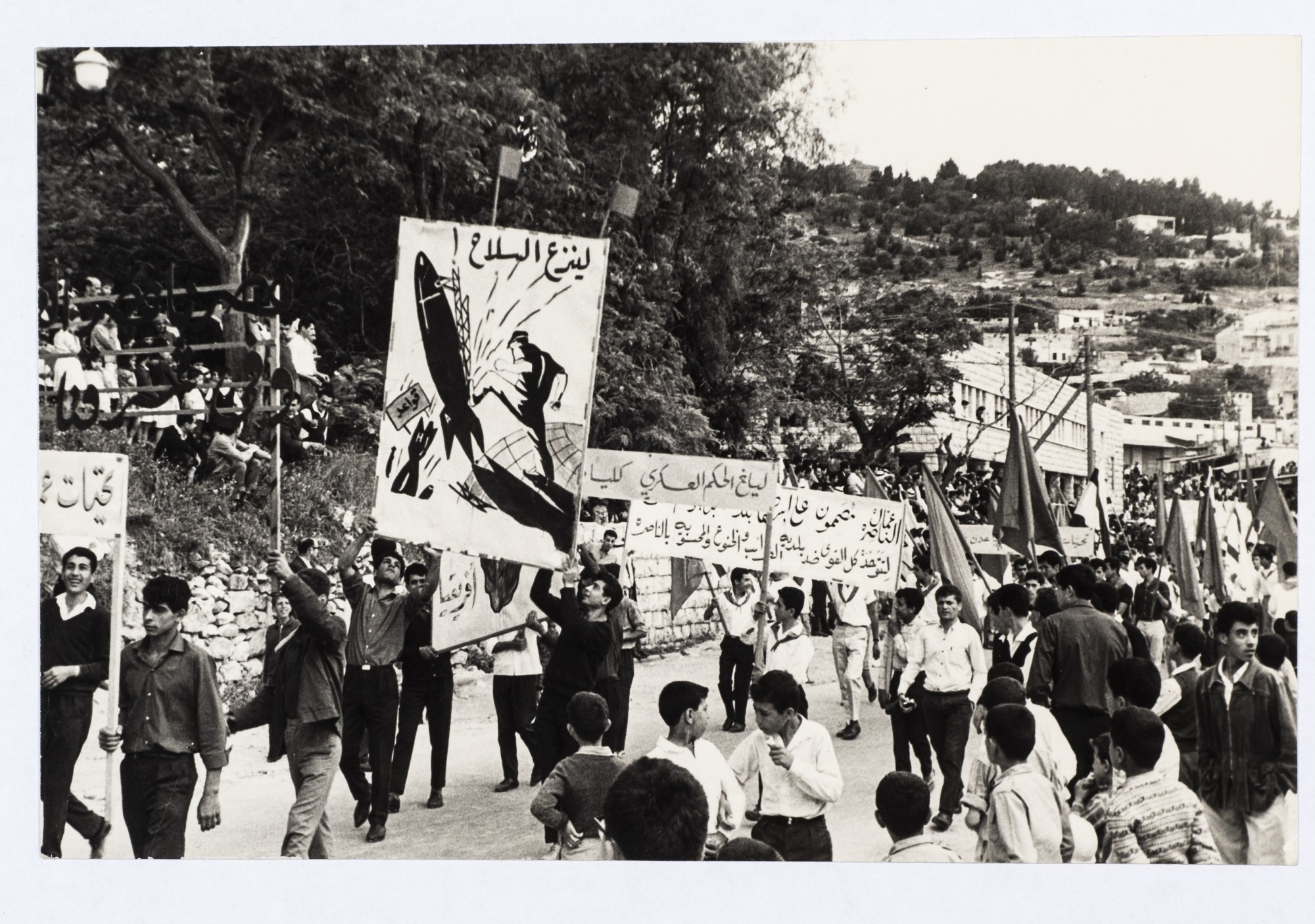 Military Rule over Palestinians in Israel

In the years after the 1948 War around 150,000 Palestinians left in Israel were placed under military rule. This construct of surveillance and control ran by the army was meant to facilitate the confiscation of the lands reaming in Palestinian hands, and to control Arab labour power by forcing Palestinians into the lower rungs of the Israeli economy as low-wage day labourers. The Palestinians in Israel resisted the military government by struggling for their lands, harbouring relatives that crossed the border, and voting for the anti-Zionist Communist Party. This struggle reconstructed the Palestinians in Israel as a community of struggle fighting for full citizenship and national rights in Israel. 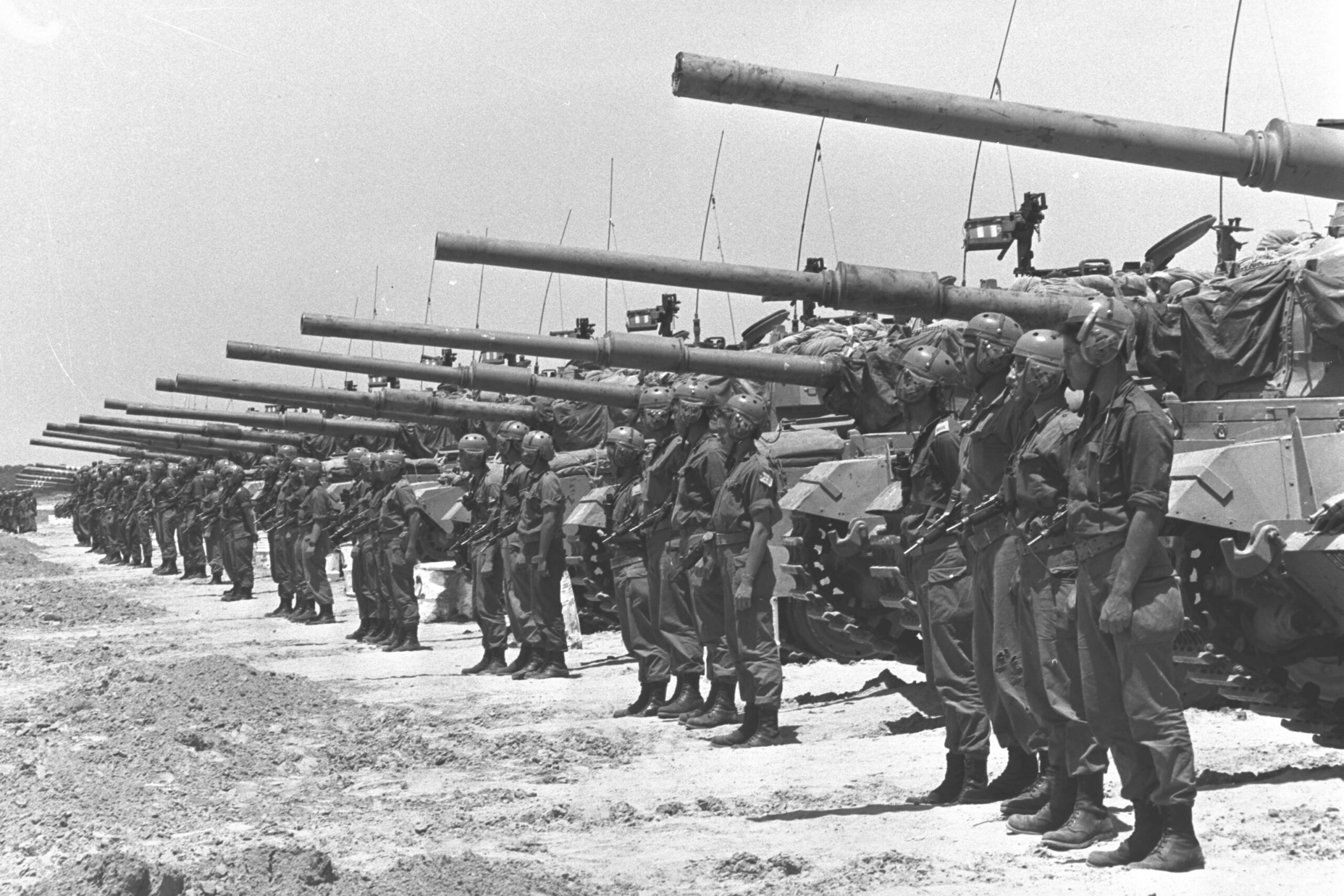 The Six-Day War of 1967, a swift Israeli victory, brought historic Palestine, the Sinai Peninsula and the Golan Heights under Israeli control. A military occupation begins in the newly-occupied territories. While the bulk of Palestinians stayed in their places, the war did create a wave of refugees from the West Bank and an expulsion of Syrian citizens from the Golan Heights. The occupation encountered resistance from the newly formed Fedayeen (“those willing to sacrifice themselves”) Palestinian organizations. However, the harsh repression of the Israeli army stopped it short of becoming a mass uprising. The Palestinians in the OPT (Occupied Palestinian Territories) were integrated into the Israeli economy as a cheap labour force. 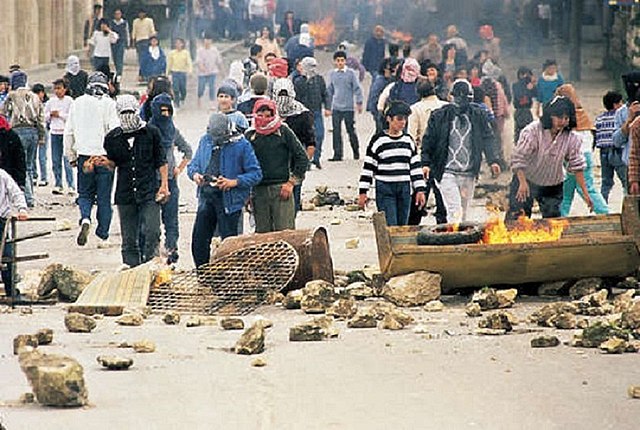 The First Intifada, or mass Palestinian uprising, broke out on December 9th 1987 after an Israeli army truck collided with a civilian vehicle in the occupied Gaza Strip, killing four Palestinians. The First Intifada was mostly characterized by years of non-violent resistance to the Israeli occupation, which included general strikes, civil disobedience, refusal to pay taxes and boycotts. 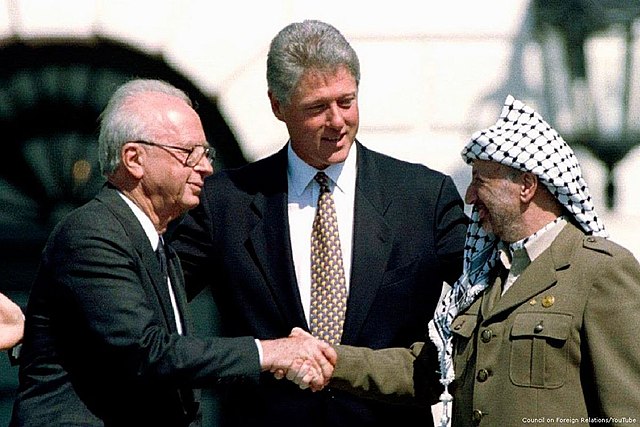 Following the First Intifada, a series of peace talks and accords take place between Israeli and Palestinian leadership. These are known as the Oslo Accords. Israel recognizes the Palestinian Liberation Organization (PLO), and the Palestinian National Authority (PNA) is established with Yasser Arafat as its leader. Israel starts to build separation obstacles along parts of the West Bank as it withdraws from major Palestinian cities. The Accords were the last attempt to partition Israel and Palestine between the two national movements. However, the Israeli settlements stayed, and Israel moved to create a system of indirect control over the Palestinians. This continued expansion of illegal settlements and the ongoing loss of Palestinian land were the basis for the failure of the Oslo Accords. 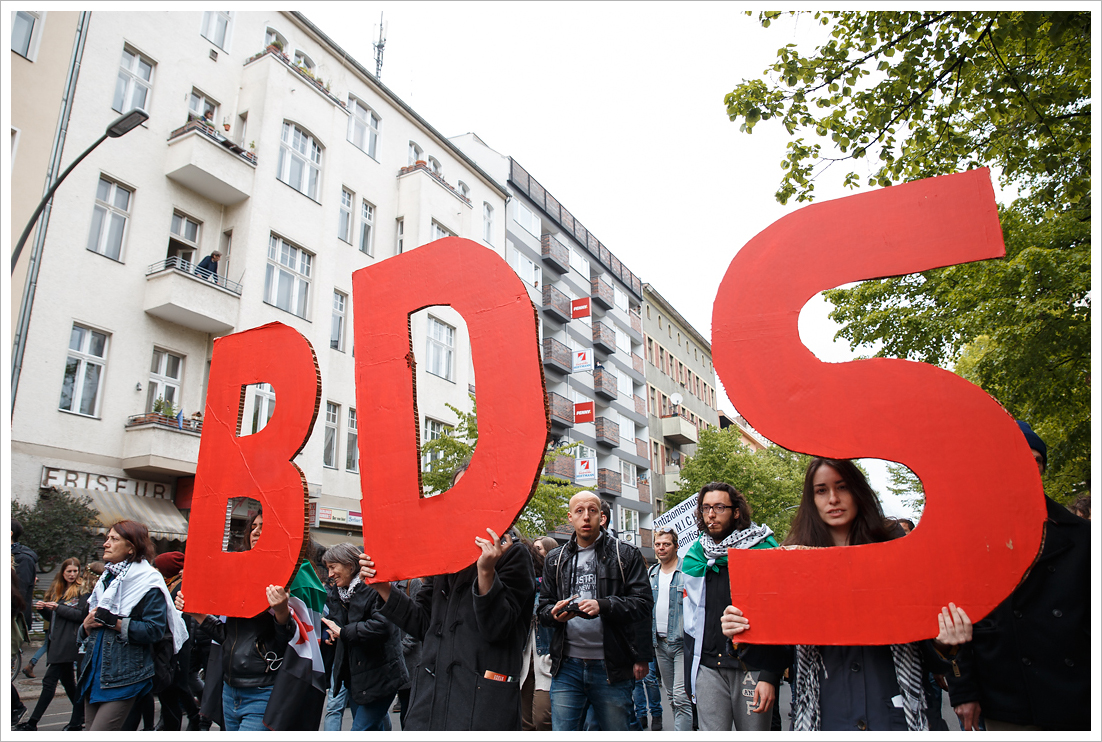